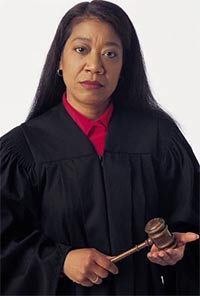 Several years ago, the Federal Trade Commission (FTC) revised its guides governing endorsements and testimonials for marketers. The timing of the revision is noteworthy — the previous guidelines dated back to 1980, before anyone heard of the Internet, much less Facebook. Your online marketing could have the best intentions, but any over-selling efforts could get flagged by the Feds.

Why the Update and Change by the FTC?

1) Not Everything Online is Yours to Use

Celebrity images or endorsements. Think a photo of Beyonce or Tim Tebow will grab attention and boost your brand image? Or perhaps you want to use a classic rock song as background for your YouTube video? You could be asking for a cease and desist letter at best, and a copyright infringement suit at worst. As for endorsements, it goes without saying that using someone’s image on your marketing implies endorsement that may not exist. If you do spring for a real endorsement, the FTC’s detailed guidelines cover honesty of opinion, reliability of the claim and disclosure of the celebrity being a paid spokesperson.

Social media misdeeds. For a glimpse of how social media has changed the face of marketing, you need only to see what the FTC is eyeing these days. According to Mashable, some questionable practices catching the agency’s eye include “flogging,” which consists of blogs that exist only to promote a product or service; and “astroturfing,” in which phony customers post misleading or biased reviews on sites like Yelp.

Marketing claims. “Natura”… “organic”… “green.” Words like that may bring images of environmentally sound, sustainable and chemical-free products. But sprinkling in claims without substantiation can get you into trouble, as Neutrogena recently discovered. The cosmetics company was hit with a $1.8 million class action fine for describing some of its skin-care products as “natural” when they contained what the suit called “chemically derived, synthetic fragrances.”

As for “green” marketing claims, the FTC wants you to provide “competent and reliable evidence” of your claim, in the form of reliable scientific evidence, defined as tests, analyses, research, studies or other evidence when you claim your product is “green..”

Parity claims abound in marketing: “No pain reliever works faster.” “Get the best chocolate taste.”  The FTC does not generally care about “best” parity claims. But superiority claims to be “better” than a competitor must be backed up with accurate and non-biased proof.

Some companies push the good/better/best envelope too far. When Ford once claimed its car was “700% quieter,” the FTC asked for a clarification. Ford had to admit that they meant the inside of the Ford was 700% quieter than the outside — not a highly compelling claim!

The vast majority of marketers are never cited by the authorities, so running a clean campaign is not so hard to accomplish. When you describe your features and benefits with care — giving an accurate description without over-selling or using unethical tactics — you’ll boost your company’s credibility while encouraging new business.