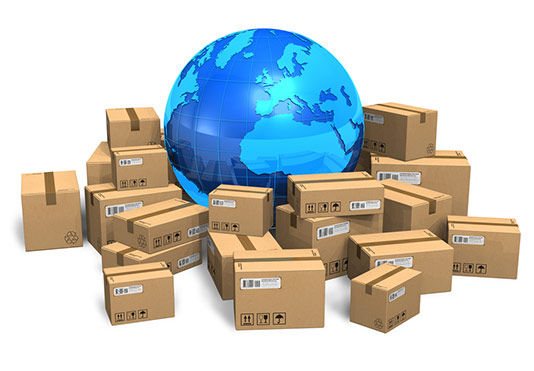 Here are a few links to help you understand some of the big changes that have already taken effect and could impact your bottom line.

NOW through January 24th, USPS Rates have DECREASED to 2020 Rates

The cost of shipping is an unforgiving part of the new normal. Managing your shipping costs has never been more crucial to your success.

There will be a 20% VAT rate on goods valued up to £135 (about $180 USD), which you must collect unless your online marketplace (e.g. eBay, Amazon, Etsy, etc.) is already collecting it. Current procedures for goods valued over £135 remain the same.

To prevent your UK shipments from being delayed, held, or returned by UK Customs in 2021, please consider the following steps:

1. Register for a VAT number with the UK: https://www.gov.uk/vat-registration
2. Collect VAT at the time of purchase.
3. Make quarterly VAT return payments to the UK.

In addition, you should include your VAT number on your customs declarations.
This process will vary depending on your shipping software, so be on the
lookout for instructions early next year.

Medallion Fulfillment & Logistics and Sprocket Express provide a comprehensive set of eCommerce services that scale to meet your specific needs. Contact us to learn more about why we should be your first choice in cost-effective and efficient California and Massachusetts fulfillment services.

Today is the day that the new temporary surcharge amounts for FedEx Express International parcel and freight shipments from China increase.

FedEx explained the surcharge was due to new coronavirus restrictions which are disrupting the global supply chain. Additional costs incurred by FedEx due to limited air cargo space is driving up costs.

We will keep you advised of any additional shipping cost impacts as we know them. 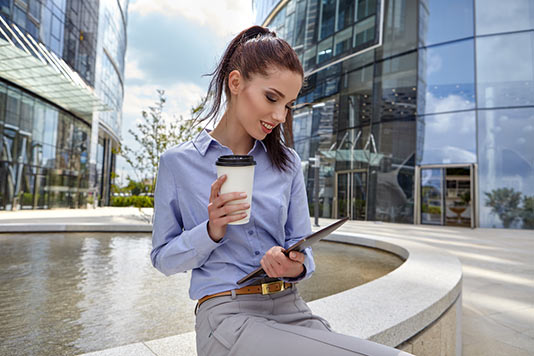 With shut downs, shipping delays, and customers sitting at home, there’s never been a better time to keep you name in front of anxious buyers using an e-newsletter.

The COVID-19 epidemic is of unprecedented proportion. Many people have never experienced a work stoppage or for that matter a quarantine. While customers wait for orders that may be delayed due to shipping issues or supply chain problems, email is the best way to soothe worries and keep customers loyal to your business.

Here are some tips to take to heart with how to communicate with customers during these unusual times.

1. Be honest of what is going on with your business. If there are delays due to supply chain issues – share the challenges in a positive manner.

2. Accept and acknowledge the uncertainty of the situation. Be real, people truly want to connect with you during this crisis.

3. Express gratitude and appreciation for orders and for those that will wait to receive their goods due to unforeseen delays.

4. Keep a regular connection with your client-base. Specifically, contact during this uncertain period should be several times a week or once or twice a month.

If you need help setting up an e-newsletter we have expert providers that are ready to set up an account at iContact for you, load your list, and even customize our own mobile-friendly reusable HTML e-newsletter template. Just let us know and we will put you in contact with one of our experts or get you started fast.

For Medallion Fulfillment & Logistics clients, our provider has created a special mobile-friendly template for newsletters that can be updated with your logo and content. Ask us for more information about this concierge-level e-newsletter program including setup, implementation, content creation, and scheduling. Pricing is customized based on your need.

Our team or our experts can work with you directly to assist with your needs. Just give us a call and let us know that you would like to reach out to your clients by email – fast! 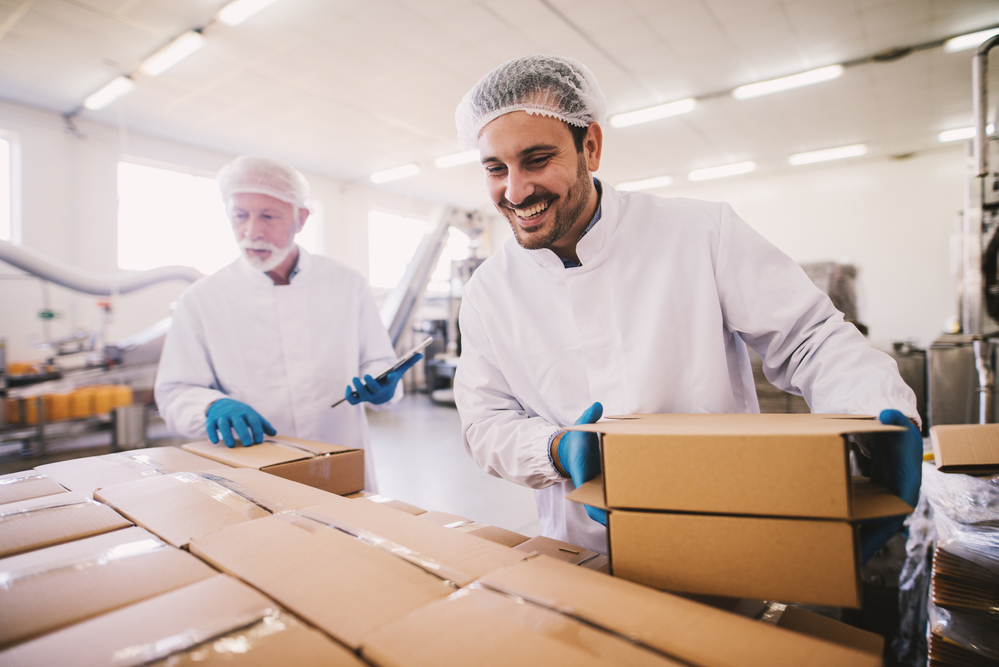 Our Los Angeles warehouse and Boston warehouse are open and are able to receive incoming goods and ship out orders daily.

The Governor of California has ordered all citizens to stay at home except persons in critical infrastructure sectors which includes our business (Transportation). The City of LA and County of LA have implemented similar restrictions.

Medallion is exercising recommended procedures such as social distance, proper hygiene, no face to face contacts with clients or prospects, and operators of trucks bringing in product or picking up orders being shipped are not allowed into the warehouse etc.

We continue to business as usual and are working to minimize the impacts that the virus may have on your business by receiving and shipping your goods as usual.

At Medallion Fulfillment & Logistics, we are focused on serving you, our customers, and to keeping our staff and warehouses safe. 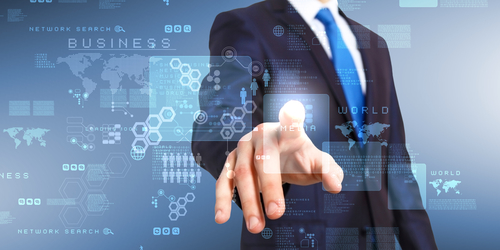 If you’ve ever heard the term TLD, it may seem like just one of the myriad of mysterious acronyms that populate tech-speak. You might be surprised to learn that it’s actually something you likely use every day in one way or another. In addition, recent developments could make it even more relevant to your company or business.

TLD stands for top-level domain, which is the extension to the right of the dot in an Internet address. They’re further subdivided into gTLDs, which are generic domains such as .com or .gov. Currently there are only 21 gTLDs in use, but that number is about to explode. The Internet Corporation for Assigned Names and Numbers (iCANN) has begun approving new gTLDs for the first time since 2004.

What makes this expansion potentially game-changing is that these new gTLDs include specific terms that relate directly to businesses, cultures, hobbies and other interests. Some of the domains included in the list are .career, .casino, .book and .fashion. In addition, alphabets such as Cyrillic, Arabic and Chinese will be introduced into the naming system in an effort to increase Internet use around the world.

iCANN began accepting applications for the new gTLDs in January 2013. By September nearly 1,800 of these applications had passed the initial evaluation. Prominent retailers Amazon, Wal-Mart have applied for their own brand names as well as other domains (.grocery for Wal-Mart, .book for Amazon) that pertain to certain aspects of their business. The first approved domains are expected to roll out early this year.

While control of a branded gTLD has an obvious benefit, the hefty $185,000 application fee that goes along with it will probably keep all but major companies from pursuing those domains. The real action will undoubtedly come from purchase of addresses with generic domain names such as the aforementioned .grocery and .book. These will be available through online registries such as GoDaddy that currently provide the service for addresses with .com, .biz and other established gTLDs.

One potential benefit of these domains is using them to make a website more user-friendly by sending customers directly to their area of interest. For example, Amazon could use the address Kindle.book to steer people to their online e-reader store without forcing them to navigate the Amazon.com site.

Another scenario is demonstrated by the plans of BuySeasons Inc. They’re attempting to buy several domains with a .party extension to use with their e-commerce sites. Customers can be led to different areas of the party-planning process via Invitations.party, Photos.party and other descriptive addresses.

Use of the new gTLDs clearly serve a proactive function of helping your customers find you more easily. There’s also a defensive purpose of claiming an address to keep your competitors from taking advantage of it. Other businesses, particularly large retailers, will also find themselves in the position of scooping up addresses that may mislead shoppers or reflect poorly on their service or brand.

Search engine giants Google and Microsoft have been vague on the question of if and how their algorithms will change in response to the new gTLDs. However, experts believe that these domains can’t help but make addresses more relevant to customer queries. This is another aspect that makes control of the domains important. If, for instance, the holder of the .makeup domain allows use only by cosmetics companies, it preserves integrity of these addresses in consumer searches.

There are a couple of ways you can prepare for your own potential use of gTLDs. If you have a trademark, you can register it with iCANN’s Trademark Clearinghouse. This gives you priority during a gTLD’s so-called “sunrise period”. When a domain related to your trademark becomes available, you have a 30- to 60-day time frame in order to purchase or bid on it. You may also pre-register for your desired domains with online registries that are likely to be selling them.

As with any change or innovation in online marketing, the jury will be out on the full benefits of gTLDs until they’ve been in use for a while. But it’s vital that you consider the implications for your business and position yourself to use this development in your company’s best interest.