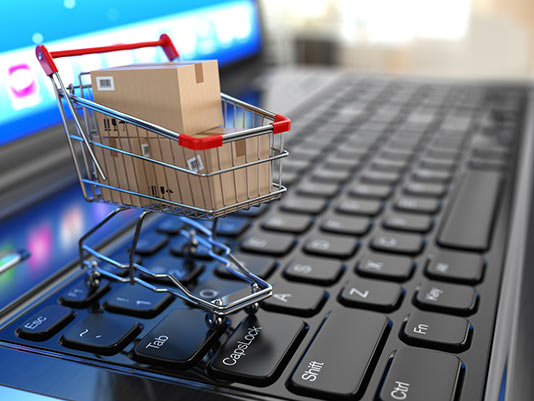 In 1979, Michael Aldrich invented online shopping that continued to gain widespread popularity and made shopping a lot easier. It is now known as ecommerce. Over time, it has become the most preferred method of shopping and has provided significant opportunities for businesses around the world. According to a study, North America alone had around 223 million online shoppers in 2017, and world retail ecommerce sales reached $2.3 trillion. It is estimated that retail ecommerce sales will reach $4.9 trillion by 2021.

Michael Aldrich found a way to connect domestic television and a multi-user transaction processing computer via telephone lines. His invention was called the teleputer, and it allowed users to buy various items without leaving their homes. Aldrich’s invention enabled people to carry out transactions anytime and anywhere.

In 1991, when the World Wide Web became widely available, ecommerce experienced massive growth. One of the very first successful ecommerce platforms was eBay. In 1995, eBay launched an online auction website where people bought and sold used items from one another. By 1996, eBay sold well over $7.2 million worth of goods and had only two full-time employees.

Another company that saw its stock rise with the emergence of the World Wide Web was Amazon. Founded in 1994 by Jeff Bezos, Amazon was created with the intention to sell books. In the first month, it started selling books across the US and other 45 countries. Today, Amazon offers a wide range of products.

The Growth of Ecommerce

Ecommerce is continuously evolving since it has to keep up with the competitive online market and the rate of development. With the emergence of newer technologies, online retailers have to utilize new and effective ways to generate leads and make more sales. Some of the inventions that have drastically impacted ecommerce are digital marketing and mcommerce. The infographic below will further provide you with more facts about ecommerce.

Get Our Articles by Email